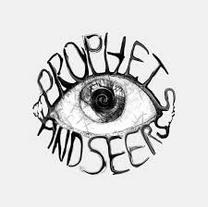 The LORD also shall roar out of Zion, and utter his voice from Jerusalem; and the heavens and the earth shall shake:
but the LORD will be the hope of his people, and the strengthof the children of Israel.  Joel 3:16

For who has stood in the council of the Lord, and has perceived and heard His word? Who has marked His word and heard it? Jeremiah 23:18

It is our mandate to see those operating in prophetic gifting or called to office to have a solid foundation for Seeing, Hearing, Perceiving, Identifying and Declaring the voice of the Lord in teaching, preaching the Word of God also through song, dance, drama, drawings and other arts.

We intend through sound biblical teaching, impartation and the release into the Revelatory Realms, to train and equip prophetic people to release the Word of the Lord according to the measure Christ has given them.  That there will be a deep abiding and awareness that we are ambassadors for the Lord called with purpose and destiny to do God’s will in the earth.  Without Him we are nothing!

To send apostolic prophetic teams to the nations representing our Lord and Savior.
To restore character, integrity, and honesty back in gifting and the office.
To provide on-line training, seminars and mobile schools of prophecy and deliverance to the nations to equip every believer to accurately discern the voice of God speak for God as He leads.
To mentor those called to properly fulfill their destiny, purpose and call.
Provide all manner of apostolic / prophetic resources first the word then (books, curriculums, CD’S,) to the nations.
To train and teach pitfalls to avoid.
To equip those who are called to the marketplace.
The earth is the LORD'S, and the fulness thereof; the world, and they that dwell therein.  Psalms 24:1